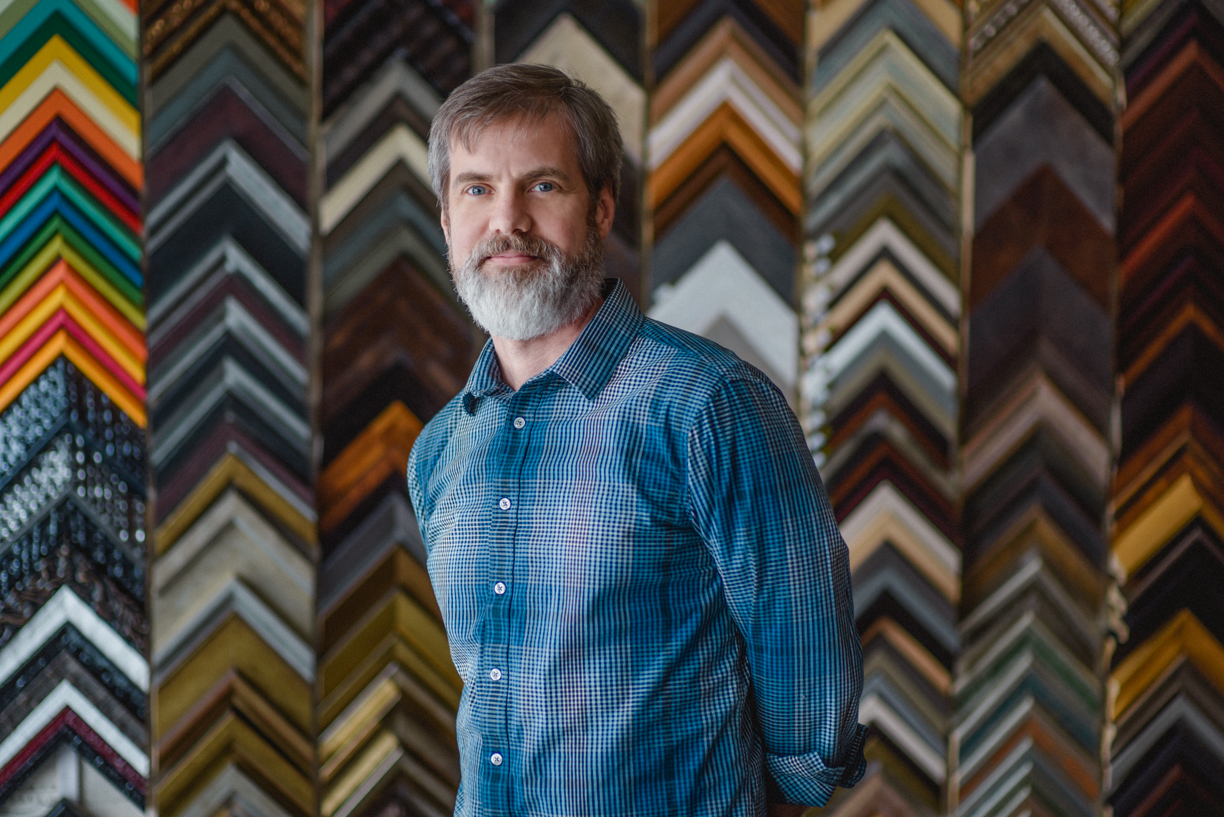 Jon Haidet earned a BFA in Fine Art Photography and an associate’s degree in graphic design from The University of Akron in 1989. He began his career as a professional framer with Tomorrow’s Treasures while still in college. While there, he became a Certified Picture Framer (CPF) with the Professional Picture Framers Association (PPFA)

Through his more than 25 years of experience in framing, Jon has built and maintained a loyal following of both corporate and individual clients who trust his expertise and design acumen.

The relationships he develops with clients often surpass the transactional. Jon is passionate about picture framing, in both its technical and artistic aspects. He is also generous with his knowledge, leading workshops for artists who wish to frame their own work — even though that often means they will no longer need his professional services.

Jon approaches the art of framing with a designer’s eye. More than 1,500 frame samples cascade down the walls at Hazel Tree Design Studio. He may pull 5 to 10 for a client to consider, but more often than not, the first one Haidet suggests is the one that ends up on the artwork. He is a true craftsman who is also trained in the art of French matting, double matting and line work. But that training never gets in the way of his ultimate goal: to let the artwork take center stage.

We know you’ll be delighted with the way Jon Haidet’s framing expertise highlights your artwork or preserves and presents your heirlooms with dignity and flair. Come into the studio for a free consultation today and get inspired by the possibilities.

Connect with the Hazel Tree Team